Anger management involves the techniques of either Therapy or Counselling so that you can more easily cope with angry feelings that may affect your work or personal relationships. Hypnotherapy has also been used my controlling Anger problems for many years. 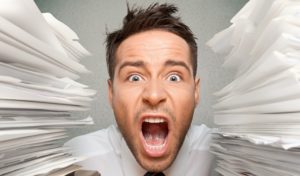 Everybody experiences Anger at some time or another and it is in fact a normal human response.

Some people, however, cannot control their Anger and uncontrolled Anger, or Anger that is vented in the wrong “direction”, can have negative consequences on relationships.

We have found that people will “point” anger in one of two fundamental directions, (1) outwardly towards other people or (2) inwardly, at themselves.

Clearly, the potential to cause “damage” exists in both situations, but directing your anger at other people  is more likely to cause you “social” problems whilst turning anger inwardly on yourself is only likely to ruin your own life!

There are many “triggers” that can lead to Anger, including some of the following:

People who have Anger Management problems may find that they experience anger with increasing frequency and begin to lose control over their reactions to what might otherwise be “normal” events.

If Anger does get out of control it can often lead to serious problems with friends, colleagues and sometimes create conflict with the Law.

At worst, when Anger clouds the judgement completely, it can lead people into physical violence and all of the problems that go with “lashing out”.

Mental health surveys suggest that a third of adults are aware that they can often experience “unexpected anger” and just as many know someone who has an anger management problem.

When Anger is focused on the “self” it can have a very debilitating affect on the level of self-esteem as well as self-confidence.

As highlighted above, the “Anger Response” is normal in the appropriate circumstances.

When you become Angry the body releases Cortisol and Adrenalin into the bloodstream which are designed to increase your heart rate, quicken the breathing and generally prepare the body for the “Freeze, Flight or Fight” response.

This limbic (“hard-wired”) response is designed to deal with a real threat and under these circumstances your “rational thinking” processes are “put-on-hold” until the danger has subsided.

Of course, people with Anger problems may unjustifiably perceive that a threat is present when in fact there is not – often called a “cognitive distortion”.

Your “belief systems” can easily distort an event so that you can “perceive” almost any situation as a threat leading to the inappropriate response of anger.

If your body is repeatedly exposed to this flow of Cortisol & Adrenalin it can have a detrimental effect on your well being, often leading to Panic or Anxiety Disorders.

Uncontrolled Anger has been shown to be linked with the following conditions:

Suppressed or bottled-up Anger could lead to the following:

I offer a FREE 15-minute phone consultation for information about hypnosis, fees & insurance, scheduling, and how hypnosis may benefit you or a member of your family.